There's something brilliant about that co-branded product: It's a fun way to club two classic brands into one delicious experience for fans. In fact, these brands still create new co-branded products to this day.

Co-branding is a strategic marketing and advertising partnership between two brands wherein the success of one brand brings success to its partner brand, too. Co-branding can be an effective way to build business, boost awareness, and break into new markets, and for a partnership to truly work, it has to be a win-win for all players in the game.

Car manufacturer BMW and designer Louis Vuitton may not be the most obvious of pairings. But if you think about it, they have a few important things in common. If you focus on Louis Vuitton's signature luggage lines, they're both in the business of travel. They both value luxury. And finally, they're both well-known, traditional brands that are known for high-quality craftsmanship.

These shared values are exactly why this co-branding campaign makes so much sense. In their partnership, BMW created a sports car model called the BMW i8, while Louis Vuitton designed an exclusive, four-piece set of suitcases and bags that fit perfectly into the car's rear parcel shelf.

Although the four-piece luggage set goes for a whopping $20,000, the price is right for the target customer, as the BMW i8 starts at $135,700. A price like that kind of makes that luggage set seem like a drop in the bucket.

Not only does the luggage fit perfectly size-wise, but its design and appearance fit perfectly with BMW's image: sleek, masculine, and high-quality. Turns out both the luggage and some parts of the car's interior use carbon fiber, strong-yet-light composite material.

"This collaboration with BMW i epitomises our shared values of creativity, technological innovation and style," said Patrick-Louis Vuitton, head of special orders at Louis Vuitton. "Our craftsmen have enjoyed the challenge of this very special project, using their ingenuity and attention to detail to create a truly made to measure set of luxury luggage. This is a pure expression of the art of travel."

To make the partnership work, GoPro equips athletes and adventurers from around the world with the tools and funding to capture things like races, stunts, and action sport events on video -- from the athlete's perspective. At the same time, Red Bull uses its experience and reputation to run and sponsor these events.

"GoPro camera technology is allowing us to complement the programming by delivering new athlete perspectives that have never been seen before," said Sean Eggert, Red Bull's director of sports marketing. The collaboration allows exclusive GoPro content to enhance both companies' growth.

While GoPro and Red Bull have collaborated on many events and projects together, perhaps the biggest collaboration stunt they've done was "Stratos," in which Felix Baumgartner jumped from a space pod more than 24 miles above Earth's surface with a GoPro strapped to his person. Not only did Baumgartner set three world records that day, but he also embodied the value of reimagining human potential that define both GoPro and Red Bull.

Music-streaming app Spotify partnered with ride-hailing app Uber to create "a soundtrack for your ride." This is a great example of a co-branding partnership between two very different products with very similar goals -- to earn more users.

Here's how it works: When riders are waiting for an Uber ride, they're prompted to connect with Spotify and become the DJ of their trip. Users can choose from their own playlists to determine what they'll listen to.

This smart co-branding partnership helps fans of Uber and Spotify alike enjoy better experiences thanks to the app. And they might be more interested in picking Uber and Spotify over competitors knowing they can enjoy their next ride listening to their favorite tunes.

Sometimes, co-branding partnerships aren't just cool projects between two companies -- they actually have practical value when the companies work together.

When Apple released the Apple Pay app, the brand effectively changed how people perform transactions. This app allows people to store their credit or debit card data on their phone, so they can use them without physically having the card with them. But in order for this app to succeed, it needs credit card companies to integrate with this technology. By the same token, credit card companies also face more competition themselves if they aren't compatible with the latest consumer purchasing tool.

To get out ahead of its competition, MasterCard became the first credit card company to allow its users to store their credit and debit cards on Apple Pay. MasterCard not only showed support of a major consumer tech developer in this partnership -- it evolved along with its own customers in how they choose to make purchases at the counter.

You've probably heard of Airbnb, the room-sharing application that allows you to find convenient lodging hosted by real people. But its newest partner, Flipboard, might not have been on your radar until now.

Flipboard is a news aggregator that collects news and topical content that users are sharing on social media, and allows you to "flip" through the material much like a social media feed. Well, Airbnb recently teamed up with Flipboard to create Experiences, which serve Airbnb users with lifestyle content tailored to their interests and shared by people with similar interests as the reader.

The ongoing campaign recently led to another co-created product called Trips, which allows Airbnb users to connect with hosts on common interests and actually book these experiences when traveling. This partnership is an impressive example of how businesses can connect their customers with information that caters to their individual interests and drive usage of the product as a result.

Athletic brand Nike and technology giant Apple have been working together since the early 2000s, when the first line of iPods was released.

The co-branding partnership started as a way to bring music from Apple to Nike customers' workouts using the power of technology: Nike+iPod created fitness trackers and sneakers and clothing that tracked activity while connecting people to their tunes.

The partnership has since evolved to become Nike+ -- which uses activity tracking technology built into athletic clothing and gear to sync with Apple iPhone apps to track and record workout data. Tracking transmitters can be built into shoes, armbands, and even basketballs to measure time, distance, heart rate, and calories burned.

It's a genius co-branding move that helps both parties provide a better experience to customers -- and with the popularity of fitness tracking technology, Nike+ is ahead of the curve by making it easy for athletes to track while they play. 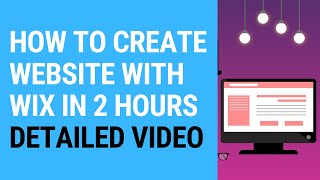 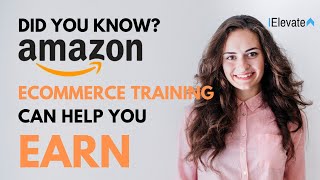 How to create digital marketing resume that stands out from competition?

Reliance to take on Amazon and whole e-commerce in India

9 Crucial Steps for setting up an e-commerce business.

How to create digital marketing resume that stands out from competition?

Reliance to take on Amazon and whole e-commerce in India

9 Crucial Steps for setting up an e-commerce business.